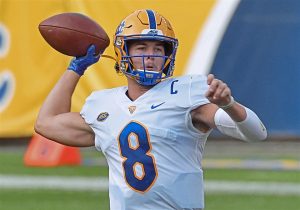 Pittsburgh held off Tennessee on Saturday, thanks to Senior QB Kenny Pickett.  Pickett came back for his “Super Senior” season because he didn’t like his projected draft position and he hoped to improve it.  He seemed to have done that against the Vols.  He was in control the entire game, going 24/36 for 285 yards and 2 TDs through the air and another 19 yards and a TD on the ground. 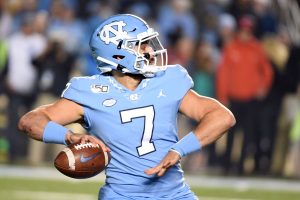 North Carolina had a “get right” game this week, after an atrocious game against Virginia Tech last week.  Sam Howell definitely got right.  He threw for 352 yards and 3 TDs, while running for another 104 yards and 2 more TDs.  A potential number 1 overall pick, Howell needed to get back on track after last week. 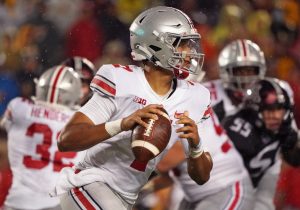 Ohio State lost at home to Oregon on Saturday, but CJ Stroud was outstanding in defeat.  He went 35/54 for 484 yards, 3TDs, and a late INT against the Ducks.  The Freshman will be eligible for the NFL Draft after next season. 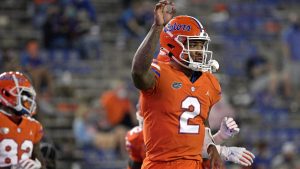 True Freshman Anthony Richardson is the best QB on the Florida Gators roster...hands down.  Emory Jones is on borrowed time as the starter in Gainesville and Richardson will eventually become “the guy”.  He went 3-3 for 152 yards and 2 TDs with another 151 yards and a TD on 4 carries in limited time off the bench.

CJ Verdell destroyed Ohio State in Columbus on Saturday.  His 161 yards and 2 TDs on the ground with another 3 receptions for 34 yards and another TD led the Ducks over the Buckeyes in a top-12 matchup.  Verdell came back to Eugene for another season instead of declaring for the draft in order to improve his draft stock.  His big-time performance yesterday was a great step in that direction. 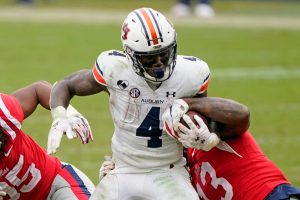 Auburn blasted Alabama State this weekend, so not much can be taken from this game.  However, Sophomore Tank Bigsby did go for 122 yards on 11 carries.  While it was a small sample size against a bad team, Bigsby did dominate in his limited touches. 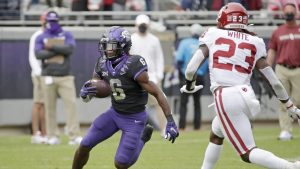 Sophomore Zach Evans was an absolute stud in TCU’s matchup against California on Saturday night.  I have been waiting for him to break out and he did in a big way, with 190 yards and a TD on 22 carries against the Golden Bears.  Both Evans and Bigsby will be eligible for the NFL Draft in 2023. 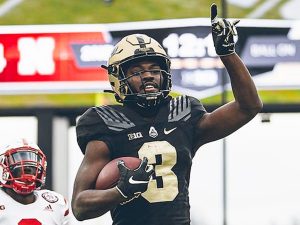 My number 2 WR in the 2022 draft class, David Bell is an amazing talent.  The Junior went for 6 catches, 121 yards, and 3 TDs in Purdue’s 49-0 win over UCONN.  Bell could work his way up to being the top WR in my devy rankings by the end of the season. 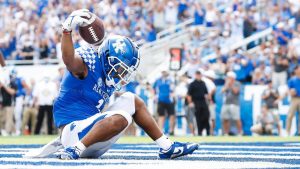 In a big matchup for Kentucky, Wan’Dale Robinson had himself a good game with 5 receptions for 101 yards against Missouri.  In 2 games for the Wildcats, Robinson has 10 catches for 226 yards and 2 TDs and another 73 yards on 3 carries.  The Nebraska transfer is Kentucky’s top receiving option in a much more balanced offense than they have had recently. 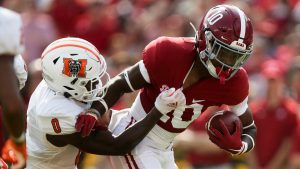 Alabama had a glorified scrimmage on Saturday against Mercer, so JoJo Earle’s numbers weren’t eye popping.  7 catches for 85 yards isn’t a monster game, but the Freshman did lead the Tide in receiving and will only become more of a target throughout the season. 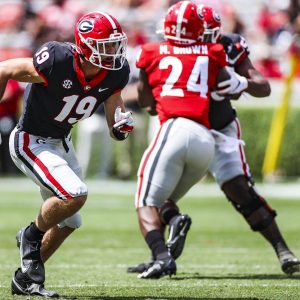 Freshman Brock Bowers has been great for the Georgia Bulldogs through the 1st 2 weeks of the season.  Yesterday, he caught 3 balls for 107 yards and 2 TDs in a rout over UAB.  He will eventually take a backseat to Darnell Washington once he returns, but the future is bright for Bowers.