In the fantasy community I feel like we have lost a bit of what a sleeper really is. What is a deep dynasty sleeper? For this specific instance, we are defining a sleeper as a player who is 35% owned or less. I am here to identify some actual sleepers that are more than likely unowned and underappreciated. 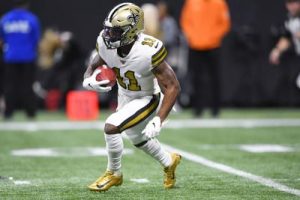 Deonte Harris is my favorite Saints WR besides MT. Harris was much more involved in 2020 than in his 2019 season. In 2019, Harris was only on the field for 66 snaps during the entire season. He was mainly seen as a returner, but the following year Sean Payton saw the open field ability of Harris and started expanding his role. He started to become a slot gadget player towards the end of 2020. I expect this to continue into the 2021 season. In the Saints' playoff game against the Bears, Harris caught all seven of his targets for 83 yards. The diminutive speedster is going to make the most of his touches when he gets the ball in open space. Emmanuel Sanders is now gone, which provides him with the opportunity to be the WR2...even with Tre'Quan Smith around. With his role as a returner, he will probably be retained after this year and could be a key part in Winston/Hill’s success!

WR drafted in the 7th round from Charleston College

You know what is impressive? Averaging over 100 receiving yards a game. You know who did that in college? Mike Strachan averaged 105.7 receiving yards per game. That is impressive! On top of that he had 27 TDs over his final 2 seasons. Mike Strachan is 6’5 and 226 pounds, whereas Calvin Johnson was 6’5 and 236 pounds. Now I am not saying he is the next Calvin Johnson, but his physical attributes are certainly similar. The Colts are missing a good WR1, and a player with Strachan's size could emerge. Even though Strachan is buried on the depth chart, head coach Frank Reich believes he has something. "Strachan, the size and speed and he's got good short area quickness, he just has great competitive disposition as an athlete". He has the makings to become that one if given the chance. He has a unique skill set and could pair well with Carson Wentz. 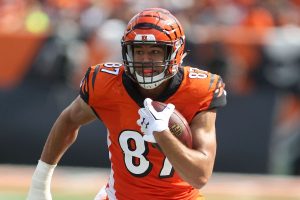 Many of you may think that this one is ridiculous. With Chase, Higgins, Boyd, and Mixon, Uzomah is never getting the rock. Let's take a look at the offense from last year...Higgins, Boyd, Green, and Gio. (This was before we knew how far A.J Green had declined). Uzomah has 4 catches for 40+ yards in both games, plus he picked up a TD in one of them. Those are pretty good numbers considering the rest of the squad’s talent. When Uzomah was injured, Drew Sample (not a very good receiving TE) took over. Burrow used Thaddeus Moss in college and Moss is now also a Bengal, but I am going to go with the proven asset over the UDFA every time.

WR drafted from Arizona State University in the 6th round 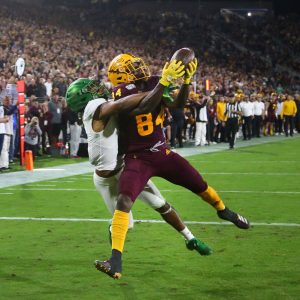 Let’s list the WR’s that I believe are good talent on the Falcons:

Russell Gage, Olamide Zaccheaus, Cordarrelle Patterson, Tajae Sharpe? None of these guys are impressive in my opinion. Frank Darby should be owned everywhere. He has a chance to step into a lot of opportunities. Over 28% of the targets are vacated. I don’t think Pitts walks into a 28% target share. As we say in the FF community, opportunity is king! Take a chance on Darby, throw him on your taxi squad, and he may just get on the field as a starter down the road. 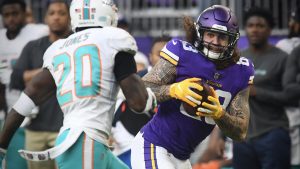 Irv Smith is the starting TE for the Minnesota Vikings - but let's compare Conklin vs Smith during the time of Rudolph's absence.

Right? This is not a big difference, which makes me think that Smith is overvalued and Conklin is severely undervalued. They both averaged close to a 60% snap share. Mike Zimmer has already said that Smith's role isn’t expanding. Go grab Tyler Conklin for a cheap plug-and-play TE.

There are a lot of people under 35% ownership that I wouldn’t take a chance on. However, these few guys have a chance to make an impact on your team. I encourage you to go get these guys in your deeper leagues. Don’t forget to send trades after all, Dynasty Never Sleeps!