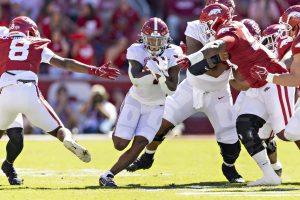 At 5’11, 200 pounds, Gibbs doesn’t possess the ground and pound ability that Bijan Robinson might bring to the table, but I think might be able to supply stability in fantasy from his catching ability. A type of player that could peak at levels of comparison to Alvin Kamara and Jamaal Charles. Some could even compare him to the skill level of Deebo Samuel. Gibbs’ short-area athleticism, vision, and creative-making skills are rare to find. During a 70-yard touchdown this season, Gibbs was clocked at 22.32 MPH. These traits are why he should go at minimum in the 2nd round of the NFL draft. I expect him to go in the top 4 of all non-superflex rookie drafts.

The Eagles, Cowboys, and Raiders all have RBs that are free agents. If they do not sign them before the draft, it could be a big possibility they will go after Gibbs. DEN is in a predicament as Javonte Williams probably won’t be back til mid-season and won’t be fully healthy. They are in win-now mode with Russ so don’t be shocked if they snag him. James Conner has been good for fantasy purposes but is getting old. He has two years left on his contract, but I wouldn’t be surprised if a new coach wanted more youth to build around Kyler. JK Dobbins will hopefully be fully healthy next year, but if there’s any sign of concern this offseason, they will need someone to attack that rushing offense for them next year.

My prediction is that he will be selected at pick 61 to Carolina or at pick 64 to the Eagles. No matter where he ends up though, he is a MUST draft in fantasy, especially PPR.

Johnston is coming off another solid year after having his breakout season in 2021. At 6’4, 215 pounds, I think Johnston is going to be an issue for opponents next year. I am very eager to see how he performs at the combine, because he can really prove his draft value and why he deserves to be a top pick. I believe people have not been as high on Johnston, compared to guys like Jaxon Smith-Njigba and Jordan Addison since he played at a lower-tiered school. Johnston didn’t have Caleb Williams or C.J. Stroud throwing him the ball, and he was still able to put up the numbers that he did.

People will nag on him because of his small route tree, but that’s something that’s coachable. What isn’t coachable is athleticism. Johnston is one of the tallest receivers in this class and runs a 4.40 40-yard dash. He forced 45 missed tackles throughout his collegiate career, mainly due to his spin move. If you watch his tape, you will notice how many times he runs a curl or slant, and will immediately switch direction. This is a move you will see Travis Kelce do a lot and is extremely effective against slower defenders. 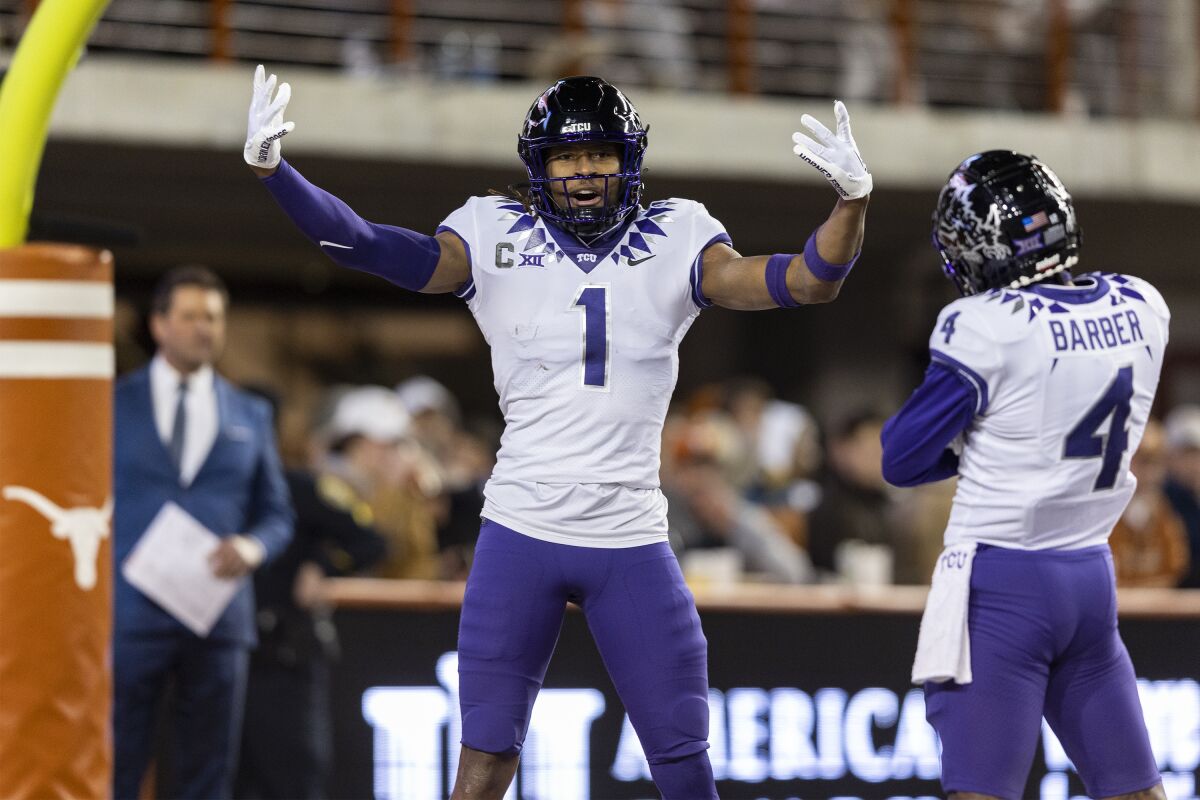 The other downfall of Johnston’s game that needs to be cleaned up is dropped passes. He had the 14th most dropped passes in college football last year. This is something that is fixable, and usually something that shouldn’t be harped on too much. Remember what happened when people thought Ja’Marr Chase had a drop issue and he fell in fantasy drafts?

All in all, Quentin Johnston is a freak athlete and is going to be tough to stop in the NFL. I believe that drafting talent is better than drafting opportunity when it comes to rookies. When looking at the draft this year, I think Johnston will most likely be drafted between the 8th to 12th pick. Atlanta needs someone else to pair with Drake London and Kyle Pitts. Carolina obviously is missing lots of pieces on offense, but if they don’t go quarterback at the 1.09, then they should grab Johnston to line up opposite of D.J. Moore. The Titans also need wide receiver help, but Treylon Burks and Johnston are very comparable, I don’t think they want the same guy lined up on both sides. The Texans are the most likely pick, at the 1.12, as they need the most help in the wide receiver category.