Now that we’re knee deep into the off season, many of us are looking for any taste of fantasy football relevance whatsoever.  A wise dynasty manager, however, needs more than just a taste to satisfy their football hunger pains.  We, as managers, should always be looking to improve our ever evolving fantasy franchises.  Whether you are trying to get out of the basement, finally be a playoff contender or even repeat as champion, the common thread is that a winning manager doesn’t sit on his riches.  And in this crucial time before the NFL Entry Draft, you should be looking at value players to add to your team.  Today, let’s dive into the best values for each team in the AFC South. 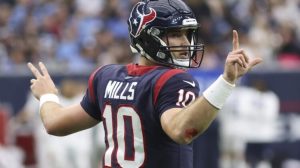 What a whirlwind it’s been for the Houston Texans.  The drama of Deshaun Watson seemed to have overtaken every aspect of the team’s story, but now that Watson has moved on with the Cleveland Browns, we can finally think about anything else in Houston.  The situation is quite dire on the outside, but if we dig a little deeper, there are diamonds covered in coal dust.  There weren’t many players last season as unrecognized for their efforts as Davis Mills.  Even with all the drama, haters, and lack of weapons, Davis Mills quietly put together a nice rookie season.

It must have been crazy for Mills.  Here you are, drafted to a team with seemingly no chance to play, and suddenly, you are thrust into the limelight with fantasy and real life fans alike demanding greatness.  Anyone who says the Houston Texans skilled players are near the bottom of the league aren’t wrong, but even with them, Davis Mills actually performed better than most think.  There are obvious differences, but under a more stringent microscope, Mills compares closer to fellow rookie, Mac Jones.  You also have to discount Mills’ first six games where he got booed by his own fans for not being named Deshaun Watson.  As the season grew, Mills did more with so little than most other quarterbacks.  Moving forward, he’s not a top tier QB1, but he’s surely got a shot at being a decent, dependable QB2.  The price is right for picking. 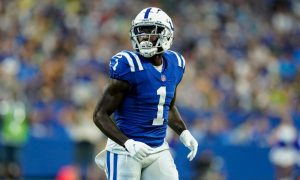 There was a time when the name Parris Campbell brought nothing but excitement.  In 2019, the Indianapolis Colts took Campbell as the seventh wide receiver off the board and for many, he was a total steal.  In his senior year, he absolutely exploded from his norm and this was what many thought was just things to come.  At the NFL level, however, he’s yet to show anything close to those “true colors”.  He’s also been injured each and every year.  Most critics have already written him off, but I think there’s a world in which Parris Campbell still holds value.

Admittedly, the exodus of Carson Wentz was somewhat shocking to me.  I knew that there was a chance, but with what the Colts invested to get him, I was sure it was too soon to cut him loose.  Once I saw the Matt Ryan move, it all made sense.  And, this is the same reason why moving for Parris Campbell makes sense.  Matt Ryan ain’t no spring chicken, as they say, but he’s far from done.  Now in a strong system, with tons of support, we’ll see something closer to the Matt Ryan of old.  While everyone feigns for Michael Pittman like they always should have, everyone will forget about the forgettable Parris Campbell.  After Jonathan Taylor and Michael Pittman, Matt Ryan will turn to someone and I believe it will be Campbell; who’s essentially free in most leagues. 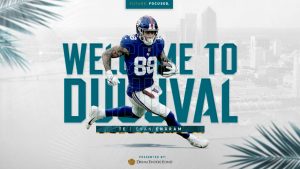 I have to confess something.  I’ve been an Evan Engram truther since I rostered him in his historic rookie season.  He was nothing short of amazing and when I say, “historic”, I’m not exaggerating.  In his rookie season, not only did he score six times, which is incredible as a rookie tight end, but he also had the 7th most receiving yards of all time.  And while I still love to watch him, I had to come to the realization that his rookie season was a fluke and he’ll always be injured or underutilized or both.  That was, until he came to Jacksonville.

While I still have faith in Daniel Jones, I have even more faith in Trevor Lawrence.  The Clemson product is elite, despite what people are saying because of his rookie season.  Jacksonville is doing what they can to build around him and Evan Engram will suit him nicely.  The receiving core isn’t among the league’s best and Etienne hasn’t played a snap in the NFL, so Lawrence will need a good safety valve to rely on.  Many managers will be coveting Dan Arnold, so there will be many opportunities to trade for Engram for next to nothing.  There’s a chance that Engram’s elite days are over, but I’m willing to try one last time in this better situation and price. 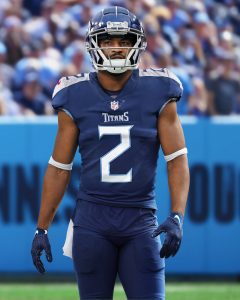 The Tennessee Titans featured one of the best receiving corps in football last season.  AJ Brown is a top three dynasty wideout for many and Julio Jones is absolutely legendary.  The depth is also fantastic with so many young options to choose from.  But, it’s almost criminal how that team couldn’t make Julio Jones shine in his only season away from the Atlanta Falcons.  I know there were injuries, but it was just insane how strongly the regression took place.  Now that he’s gone, the Titans turn to former Rams stud, Robert Woods.

While Robert Woods is no Julio Jones in his prime, he is a fantastic number two under AJ Brown.  He’s a perfect example of how to succeed in a shared receiver offense as he did it with Cooper Kupp for many years.  And while he’s not young, at 29, Woods still has lots of time to prove he’s still got it after last year’s injury.  Derrick Henry can’t be the entire offense anymore and this will force the ball to others, like Robert Woods.  We also can’t forget that Robert Woods looked so good catching balls from the likes of Jared Goff.  No disrespect to Goff, but Tannehill has to be considered an upgrade by many.  Acquire him at a WR4 cost and watch him blossom as a low end WR2 with upside.