The National Football League offers excitement, intrigue and amazement, but one of the best things it offers is one that is indirectly their doing.  Fantasy football is becoming bigger and bigger every year and dynasty is the absolute best way to do it in my humble opinion.  But, in order to succeed we must make wise decisions when evaluating talent.  It’s easy to see who the best player on each team is, but a savvy manager knows where to find the best deal.  Although some of these players are not cheap, they are still the best deal you can find on their respective teams when considering talent versus cost.  Today, we dive into the best values in the NFC West. 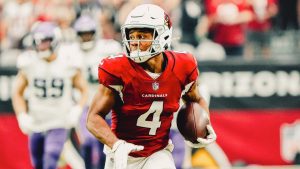 Many teams have faced drama this off season, and the Arizona Cardinals are no stranger to it.  Quarterback Kyler Murray was front and center when he removed all Cardinals association on his instagram, but he told us that apparently it didn’t mean anything.  Now that we can move on from that, we want to find the best value on a team featuring one of the league’s best young quarterbacks.  It’s hard not to love the young wide receiver, Rondale Moore.

With Christian Kirk off to his new team, the sky’s the limit for the 21 year old Moore.  And while DeAndre Hopkins is still quite relevant, there is plenty of room for a strong option at number two.  Last season, we saw Kyler rush less and focus more on his arm and playmaking talents.  Even though Kyler Murray is still going to be one of the best rushing quarterbacks moving forward, I believe we’re going to see more of his passing talents displayed moving forward.  Truthfully, Rondale Moore wasn’t sensational in his rookie season, but he’ll be leaps and bounds better with more opportunity.  Take advantage of those who don’t see just how good this young man will be moving forward. 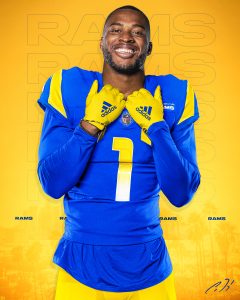 I know it’s usually bad when someone says, “Hear me out now”, but hear me out now.  I know that Allen Robinson was a complete bust last season.  In fact, he nearly killed one of my own keeper teams.  But, if we’re honest, we have to ignore last season as an anomaly.  The other issue is that even though he’s on this best values list, he won’t be cheap.  Many managers haven’t given up hope now that he’s moved on to greener pastures.  I preached to buy him at the end of the season while he was dirt cheap, but even though he’s way more expensive now with Matthew Stafford, he’s still undervalued.

While he will not supplant Cooper Kupp, there is still room for two top flight receivers in Sean McVay’s offense.  We’ve seen this come to fruition since he came to the Rams.  We’d also be foolish to forget which quarterbacks Robinson has had so far in his career.  I don’t want to list them as to not be disrespectful, but you know the names.  Matthew Stafford was perennially underrated, and even with the Super Bowl win, he’s still not recognized as he should be.  Make no mistake, Robinson will shine more now than ever and you want him on your dynasty fantasy squad moving forward. 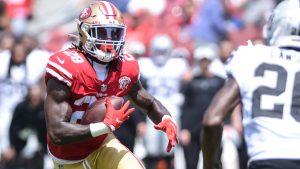 The San Francisco 49ers are one of the rare teams in the NFL that are not easy to find values in fantasy football.  The top tier options are very expensive and the depth at the skilled positions is not as deep as other teams.  So finding the best value on the team has to be that of running back, Trey Sermon.  I’m not blind, as I know Elijah Mitchell is not moving as top dog and Kyle Shanahan doesn’t have much love for Sermon.  Before you call me a lunatic, Trey Sermon isn’t dead yet, and here’s why.

Although the 49ers are the most maddening team to have one of their fantasy running backs on your squad, they are valuable.  And now that Trey Lance is taking the helm, his play style is better suited to have even more of a rushing offense.  I can see Shanahan employing a lot more two running back sets to block and deceive offenses.  But, above all else, not only has Elijah Mitchell shown he is an injury risk, Trey Sermon has too much stock to give up on after only one season.  While it’s possible he’ll never succeed at the top level, he’s essentially free, so you have to pounce. 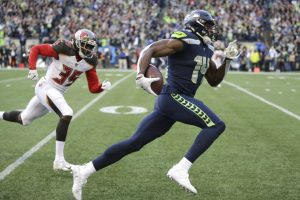 In my most expensive choice so far, it may seem insane to list him as the best value, but it’s quite sane I assure you.  Let’s not forget that DK Metcalf before last season was a top five option at wide receiver in dynasty for many experts.  As an owner, the situation is far from ideal, but as a buyer or drafter, his situation is quite appealing.  For some reason, people think that DK Metcalf had a bad year last season.  If you look at consistency, you can see some merit with that logic I guess, but with Russell Wilson injured for a great portion in 2021, Metcalf still cleared almost 1000 yards and scored 12 touchdowns.  The false narrative should bring in the vultures.

Now that Wilson is playing in the mile high city, the man at the helm is not even close to the same man that used to be throwing to the likes of Metcalf.  So with the doom and gloom situation, how can you not take a chance on DK Metcalf.  Talented players have shown time and time again that they will overcome their situation.  And we haven’t even talked about how he may get traded.  If this happens, his value will skyrocket.  I am trying to buy DK Metcalf everywhere and, at this price point, I don’t plan on stopping any time soon.