Each and every season, dynasty football managers have tough decisions to make.  Whether it be who to draft, when to trade a player or what time to make a move to acquire a talent, the life of a fantasy manager is rich with many choices.  In the off season, as some of us are drafting and others are making moves on our established teams, there are choices to make nonetheless.  Your dynasty season, and future frankly, relies on smart decisions and some of these are finding the best values possible in drafts or trades.  There are better players to choose from than the list I’m going to give, but none are better at their value on their respective team.

Here are the best values for each team in the NFC East in dynasty. 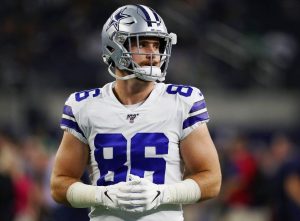 There are two common themes for Dalton Schultz heading into next season.  While some say that he is just hitting his stride, others say he is heading for regression.  Before the departure of Amari Cooper, although I disagreed, I could see the merit behind this thought.  After the trade, however, I simply cannot see a regression coming.  Aside from the fact that he’s only 25 in a barren wasteland of a position in fantasy football, there will be more of a need than ever to employ his talents.

While all the accolades in the receiving game go to CeeDee Lamb, Dalton Schultz quietly put up TE1 numbers, even with Amari Cooper still employed.  Michael Gallup should gain more targets, but make no mistake that the tight end is the second best option for Dak Prescott.  I already wrote a dynasty dilemma article on his merits, so it’s no surprise that I’d see things this way.  Check it out for more detailed information if you’re curious. 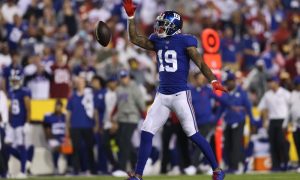 It wasn’t too long ago that Kenny Golladay was a bonafide top ten in dynasty among wide receivers.  Catching balls from Matthew Stafford while in Detroit was a better situation than the one he’s in now, but talent is talent.  The 6’4” speedster still has plenty left in the tank and after such injury ridden years last season and the one before, many managers will have written him off.  Let’s not forget that he’s only two years removed from a near-1200 yard, 11 touchdown season.

Daniel Jones has to throw the ball to someone, and the other options are much less appealing.  Sterling Sheppard has been serviceable at best, and Kadarius Toney is unproven and often injured, Golladay is a much more feasible option on your fantasy team.  When looking for a top option at wide receiver, there aren’t too many cheaper than Kenny Golladay.  And while it’s possible that he’s not quite what he used to be, he’s still the top dog in New York.  You should cash in now. 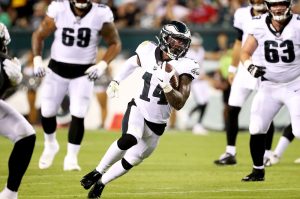 This is a secret to no one who knows me or has read anything I’ve written when I say that I love this kid.  One of two guys that I just have to have everywhere, the name Kenneth Gainwell isn’t grabbing at managers as he should.  Sure, the situation isn’t perfect and he’s yet to show what he could do as a starter, but if you look at what he’s done with the little opportunity he’s had, you have to give him credit.  It doesn’t hurt that he is only 23, with lots of years left to give to you on your fantasy team.

The Philadelphia Eagles are the top rushing team in the NFL, and although they had quite a logjam of running backs last season, it all comes down to Kenneth Gainwell and Miles Sanders moving forward.  And while he hasn’t been terrible, last season Miles Sanders didn’t do himself any favors; paving the way for Gainwell to creep his way into more and more play time.  In fact, I wrote a dynasty dilemma about him too.  Check it out if you want more in depth facts. 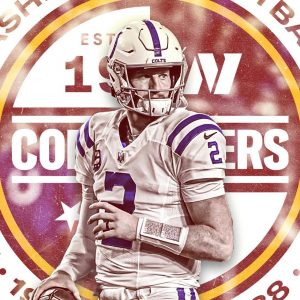 This last choice in the NFC East won’t be the cheapest if you play in a two quarterback or superflex league, but it’s the right one.  With Antonio Gibson and Terry Mclaurin being all that people want to talk about in fantasy in Washington, don’t forget about the former Colt.  While he’s certainly had his negative moments, Carson Wentz was one of the quieter success stories in fantasy before the last few games of the season and he’s certainly an improvement over Taylor Heinicke.

Let’s not forget that at one point Carson Wentz was in discussions as a bonafide keeper early on in his career.  Lately, he hasn’t looked like a second overall pick, but he certainly hasn’t been a bust either.  I believe there is still plenty left in the tank and a sizable chip on his shoulder.  I am sure that Carson Wentz is looking to prove Philadelphia, Indianapolis and everyone else that doesn’t believe in him wrong.  And it’s also important to know that, like in real life, if you don’t have a starting quarterback, you’re dead in the water.  And among starters, his price point right now is quite appealing.