5 Players to Buy in Dynasty

It’s officially the Fantasy Football offseason, but for those of us that play in Dynasty leagues, now is the time to start making deals to upgrade our teams. Today I’m going to give you five players I’m actively looking to acquire this offseason. 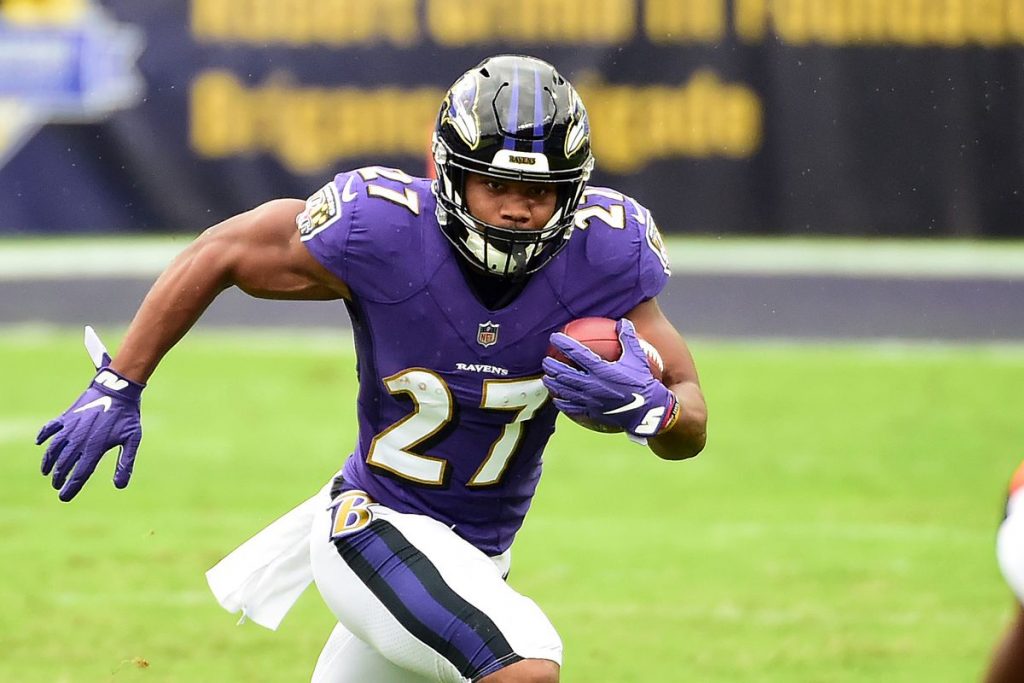 When I think of JK Dobbins’ potential, I get excited. Dobbins showed everyone in 2020 that he was arguably the best RB in that draft. Obviously Jonathan Taylor would beg to differ. Anyhow, Dobbins was poised to take a big step forward last season, but he unfortunately tore his ACL in a preseason game. No worries, Dobbins is right on track to return to training camp. I expect big things from him and this Ravens rushing attack, but some fantasy owners are still worried about 3 things: Lamar Jackson, Gus Edwards, and the below average offensive line. That should be a concern in most offenses, but not Baltimore’s. The Ravens are focused on upgrading their offensive line this offseason, and they run enough that it shouldn’t affect Dobbins’ workload. Don’t forget, he averaged 6.0 yards per carry in 2020, which was tops amongst all RBs. The Ravens were throwing to Dobbins a lot in Training Camp as well, which only increased his value in PPR Leagues. Dobbins will get plenty of work and should easily eclipse double digit touchdowns. Grab him now at an RB2 price, because he will be an RB1 for the next few years. 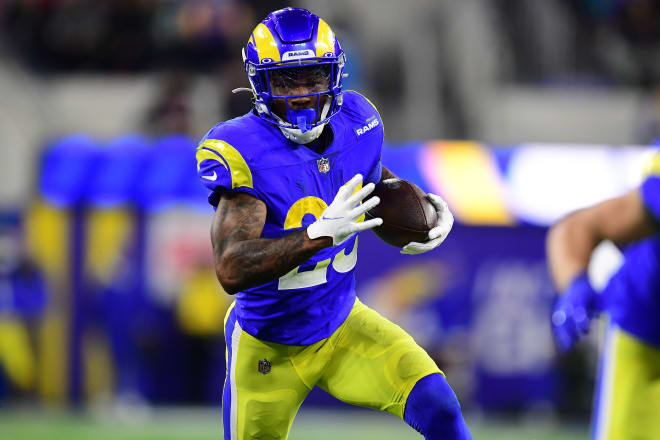 This one is a little tricky. I don't believe you can get Akers at a big discount, but I believe you can get him now quite a bit cheaper than a year from now. Trading for Akers is going to take some skill, because those owners who have held onto him are now looking forward to using him this coming season. Don't let that discourage you from trying. When I picture Cam Akers potential all I see is Todd Gurley. Gurley was a touchdown machine and an absolute fantasy stud in Sean McVay’s offense. I see that same potential for Cam Akers over the next few seasons to come. Trade for him now if you still can. 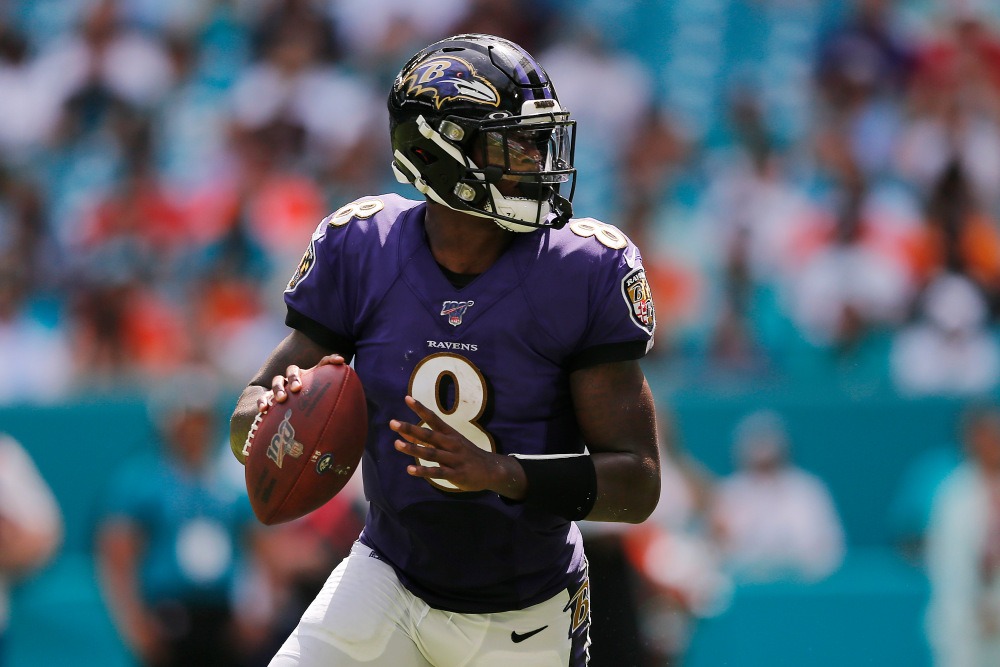 Lamar Jackson is the perfect example, and I mean perfect example of a buy low candidate. Jackson was a mid QB1 at best last season. He also missed the last 4 games of the season. Keep in mind that Baltimore was missing their starting left tackle Ronnie Stanley, running backs JK Dobbins and Gus Edwards, and Nick Boyle, the best blocking TE in the league. Like I said previously, Baltimore is extremely focused on upgrading their offensive line this offseason. Combine that with those players returning from injury, Mark Andrews, Hollywood Brown, Rashad Bateman, and we may have another MVP performance from Lamar in 2022. Go get him. Lamb finished as WR15 in PPR leagues last season. For a top 5 ranked WR in dynasty, that was quite a disappointment to say the least. He really faded down the stretch as well. That didn’t help either, but I have good news. Michael Gallup is expected to leave via free agency and Amari Cooper is rumored to be a cap casualty this offseason. That’s a lot of targets potentially leaving. If those things happen then Dallas has no choice but to throw it Lamb’s way often. Aside from injury, I see no way that CeeDee Lamb doesn’t finish as a top 10 WR this upcoming season. If you can get him at a discount, I say go for it. 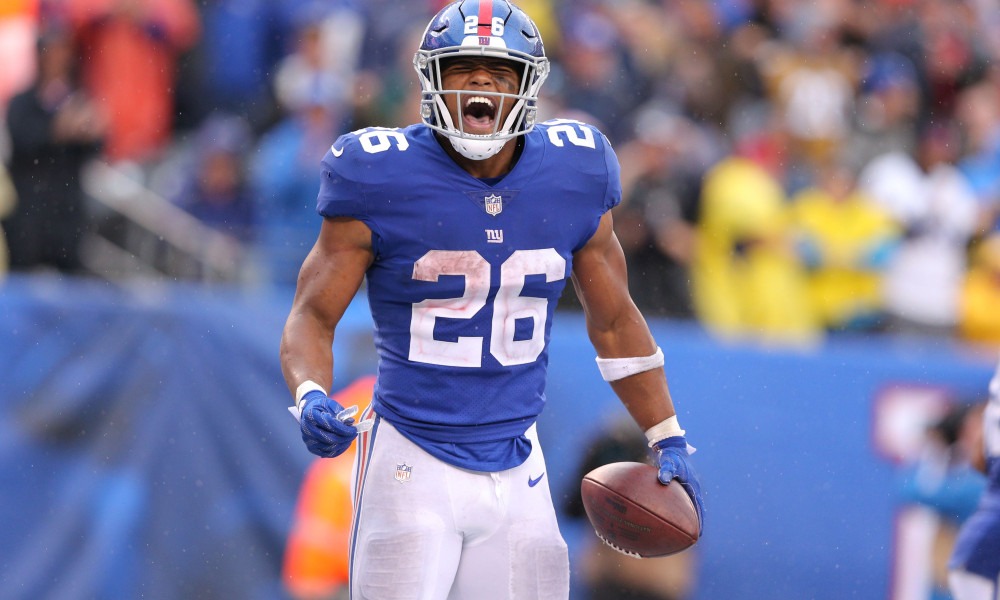 Someone in your dynasty league is terribly frustrated with Saquon Barkley. That’s what I like to see. I have been trading for Barkley at a discount wherever I can. We all know what he is capable of, and that Giants offense should be quite different with Brian Daboll coaching. I know Barkley has had some injuries, but personally I do not see Saquon as an injury prone player, just someone with a little bit of bad luck lately. I don’t have to sell you on Barkley, we all know what he’s capable of. I’m just here to tell you that I have no problem trading for him. Better days are ahead of Saquon. If you can get him at a discount, make it happen.