2023 Offseason Look Ahead: Running Back Part 2

The article I wrote last week was about lead running backs, this week we are taking a better look at complementary backs. Some guys are right on the threshold of both. Guys like Alexander Mattison and Tony Pollard that I wrote about last week may end up in complementary roles while some of these guys may get lucky enough to be the lead guy in a backfield when free agency and the draft are done. I am only going to be discussing backs not previously discussed in Part 1. Most of these guys are relatively cheap and may even find their way onto the waiver wire at some point. Most teams will be looking for depth during the offseason so we are going to focus more on the potential free agents rather than the potential landing spots. 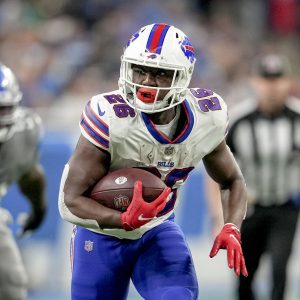 I believe it is more likely than not the Bills will let Singletary walk and probably draft or pick someone up in free agency to pair with James Cook in the backfield. If Singletary can stay there though, he will always have some touchdown upside. He has been an overachiever since the Bills drafted him. He has managed to secure a lot of volume for a guy as small in stature as Singletary is. There is a chance he is starting somewhere next season but I think the most likely scenario is he is in a committee or used primarily as a spell back to change up the pace. I am likely higher than the consensus on Hasty but every time I see him get touches he does something explosive with them. It is worth a look on your waiver wire for Hasty. The biggest fear I have for Hasty is that he could end up back in Jacksonville behind Etienne again. He is a restricted free agent so the Jags can easily hold onto him should they wish to. If Hasty can get out of being a backup, he has shown the ability to both create big plays and finish at the goal line. If given the right workload I could see Hasty being one of the biggest steals of your offseason. 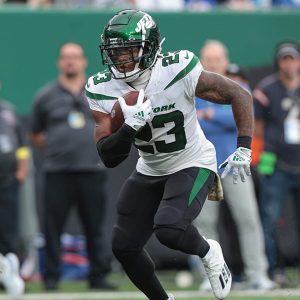 James Robinson managers have been through quite the up-and-down experience with James Robinson. After a promising rookie year, the Jaguars take Etienne in the 1st round, and then Robinson suffers a terrible Achilles injury at the end of that season. With everyone expecting Etienne to take over, Robinson is surprisingly effective early in the season despite being just a few months removed from the injury. Robinson was then traded to the Jets who lost Breece Hall but Robinson ends up getting beaten out for touches by Zonovan “Bam” Knight and Michael Carter. While Robinson is technically an RFA, I see no real reason for the Jets to keep him when they weren’t using him with Breece Hall not available. With Hall coming back, Robinson is likely to be available in free agency. I like the idea of him landing in Vegas to replace the touches from Josh Jacobs. Likely cheaper for the Raiders than Jacobs if they want to go after a veteran QB in the offseason. 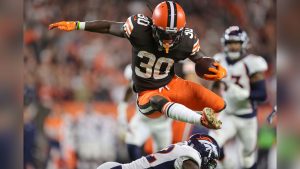 This is one of the high-upside players available in this free-agency class. With minimal tread on the tires playing behind Nick Chubb and Kareem Hunt, the right landing spot could cause a massive bump in his value on the spot. Right now you may be able to get him off of waivers or as an add-in on a trade with a huge upside. He has looked the part coming in due to injuries. I like the idea of landing him in Buffalo to be the 1st and 2nd down guy to go with James Cook as the guy they split out and use on 3rd down. He could be successful in a variety of situations as long as he can get some volume. All this being said, my strategy here is to flip him if a landing spot causes a jump in value. Flipping RBs for anything always looks good when you look back two years before. Much less true upside on this one. The Dolphins could easily draft someone or pick up any of these potential free agents to take over the backfield. Mostert has some impressive traits but isn’t getting younger. If he lands back in Miami and they do not add anyone to the backfield, he will still be serviceable as some depth. Either way, wherever he goes, he is going to need to get lucky to get a majority of the workload and probably doesn’t do enough in the passing game to get there as a change of pace back. 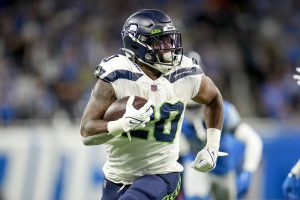 This landing spot only works if the Giants do not re-sign Barkley. I feel like he is likely to go to a place that also drafts a back. I can’t think an NFL team would be willing to trust Penny exclusively as their plan at Running Back given his injury history. Penny has shown to be capable of some high-level running even if he has never given a good return on his 1st round investment. Penny is a guy that I root for to stay healthy because I’m sure the experience he has had in the NFL with all the injuries has been a tough one to go through. 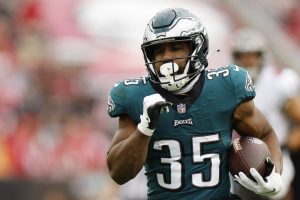 Most of you are likely familiar with Boston Scott as that guy that snipes all of Sanders's touchdowns against the Giants. For those unaware, Boston Scott has 16 career rushing touchdowns with 9 of them against the New York Giants. Scott has a small frame that he uses to be elusive. That skill set could be highly utilized by a coach like Andy Reid in all sorts of ways. Using him to offset a guy like Pacheco who works between the tackles could be interesting for a guy like Scott. He likely is already rostered by the Miles Sanders manager in your league that would happily move off of him as a throw-in on another deal.

This is a group I love to try and get shares of for the cheap and try to flip with a good landing spot. I can also be convinced to hold if I think the spot could work out for them in the season and I am a contender needing some depth. I would try to sell these guys pre-draft if you decide you want to sell. The hype of the landing spot after free agency can take a massive hit if Bijan or Gibbs come to town. It happens every year so don’t get greedy and be caught holding the bag. I hope everyone is enjoying their Dynasty offseason and the NFL Offseason, Good luck and Happy Trading!