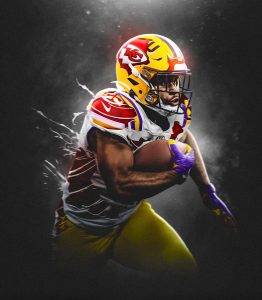 On Wednesday, the Kansas City Chiefs announced RB Damien Williams has decided to opt-out of the 2020 NFL season.  Williams was a major component in the Chiefs comeback Super Bowl victory over the San Francisco 49ers.

In April, Kansas City drafted RB Clyde Edwards-Helaire out of LSU with the final pick of the 1st round.  CEH has been considered a dynasty darling in start-up drafts, but his overall ADP in PPR leagues is around 33rd.  His 3rd round ADP will surely skyrocket with the news of Williams’ opt-out.

Currently being drafted as RB14, CEH will undoubtedly be moved into the top-10...or at least he should be.  While on the field and healthy, Williams was a fantasy monster with the Chiefs. After Kareem Hunt was released in November 2018, Williams’ usage received a major bump up.  He became a league winner for those who were lucky enough to be able to snag him.

Edwards-Helaire now has the ultimate opportunity in the NFL’s premiere offense.  The rookie RB was a dynamo during his Junior season at LSU, compiling eye-popping numbers in an offense that featured studs all over the field.  In 2019, CEH ran for 1,414 yards and 16 TDs, while catching 55 balls for 453 yards and another score.

CEH boasts a skill set that is perfect for what the Chiefs want out of a RB.  He is a proven runner between the tackles, who can also step up in pass-pro, and leak out of the backfield to be a receiving threat.  QB Patrick Mahomes will love having him on the field with him.